Top Ariana Grande tweets to print on your t-shirt today

Ariana Grande-Butera, better known as Ariana Grande, is an American singer, actress, and model. Named “Woman of the Year” in 2018 by Billboard magazine, she is one of the highest-earning women in music as per Forbes in 2019. In other words, she’s very accomplished.

Nearly every song Grande puts out becomes a hit, and her tweets are soaked with love for the world. Take a piece of this love with you by printing a t-shirt with an Ariana Grande tweet and let it warm your heart wherever you go. Here are the three most popular Ariana Grande tweets.

Printyourtweet lets you print any Ariana Grande tweet on a t-shirt or mug.
Let’s check them out together. What’s your favorite one? 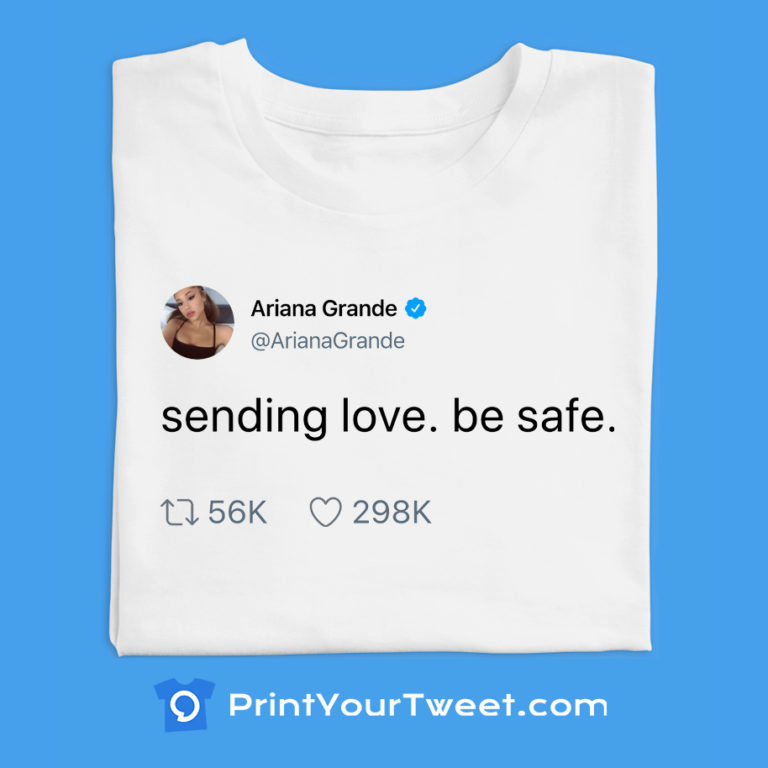 2. Tweeted by Ariana Grande:
maybe getting back up again is what falls are for 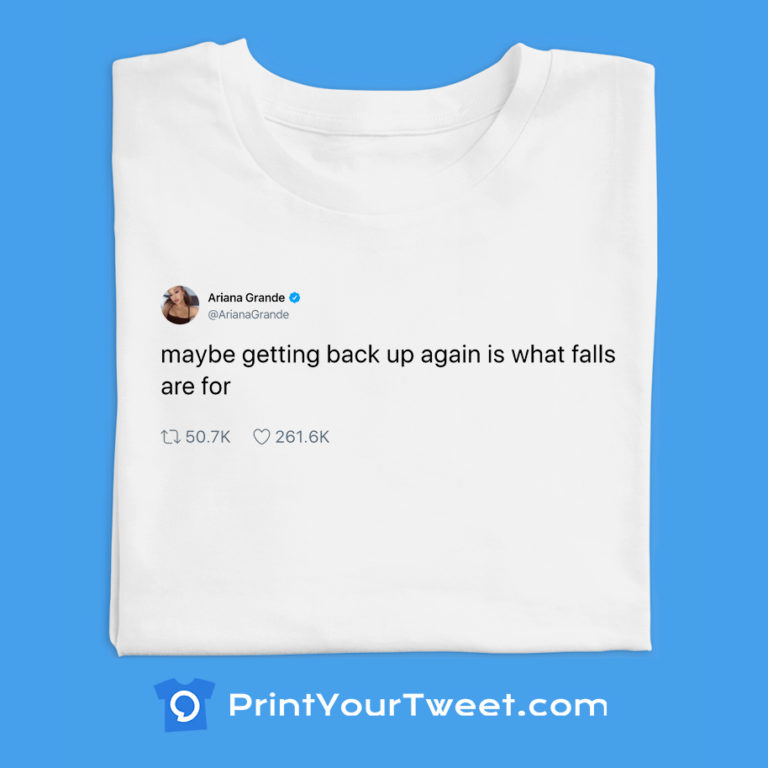 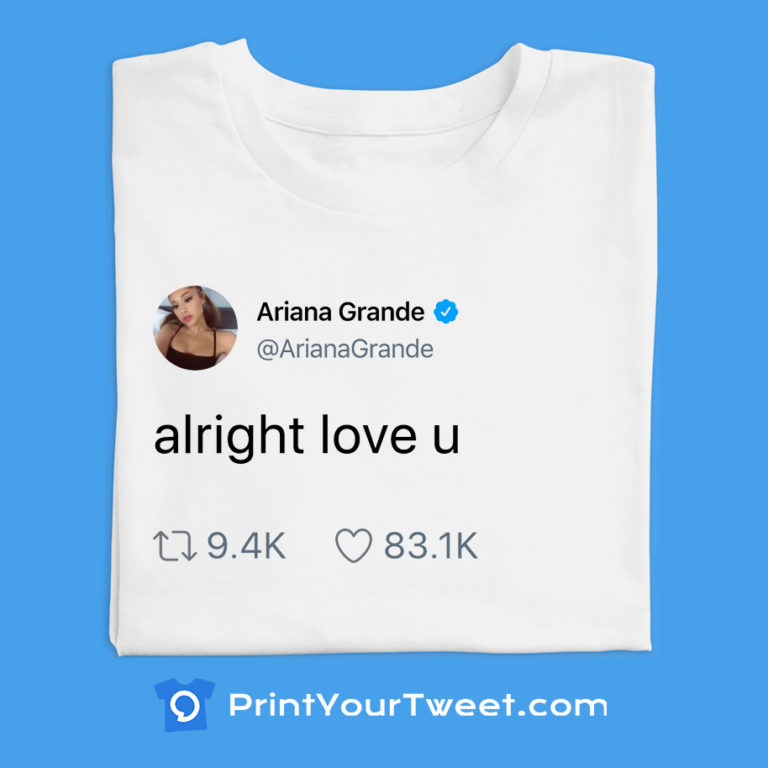 Whether you still have a question about printing, pricing, need a tech support, or want to order 20 shirts for your team, we are ready to answer all your questions. hello@printyourtweet.com