George Raymond Richard Martin is an American novelist best known for “Game of Thrones”, the hugely successful TV adaptation of his epic fantasy series “A Song of Ice and Fire”. He’s been called “the American Tolkien” by Time Magazine. He’s also a television producer and a screenwriter.

Like most of his works, George RR Martin’s tweets are widely appreciated by his fans. And any tweet is better when it’s printed on a t-shirt. Look at his three most popular tweets or choose your own. 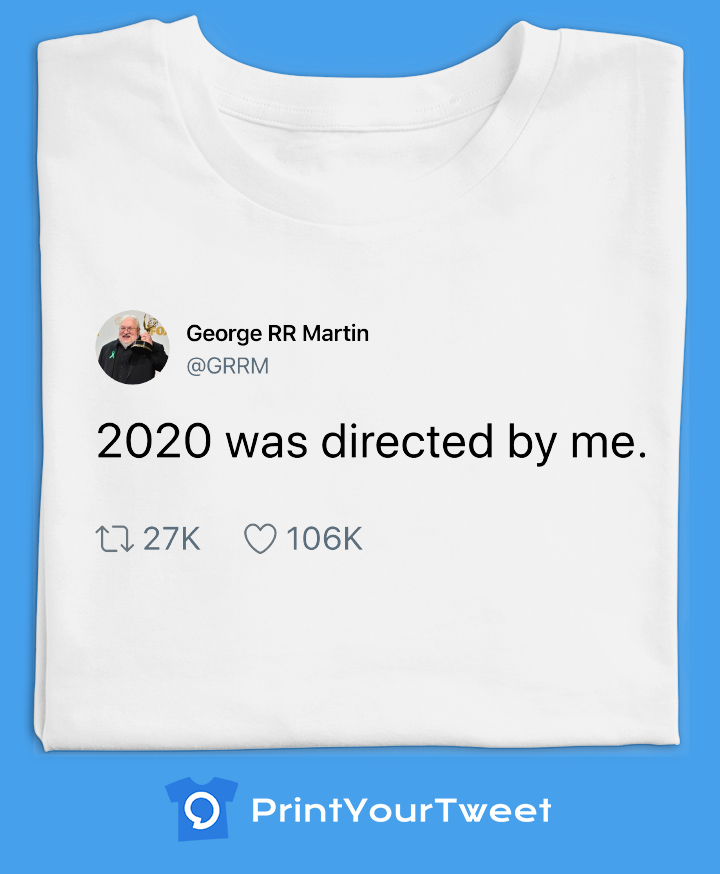 2. Tweeted by George RR Martin:
Fun fact: I never cared about your feelings. 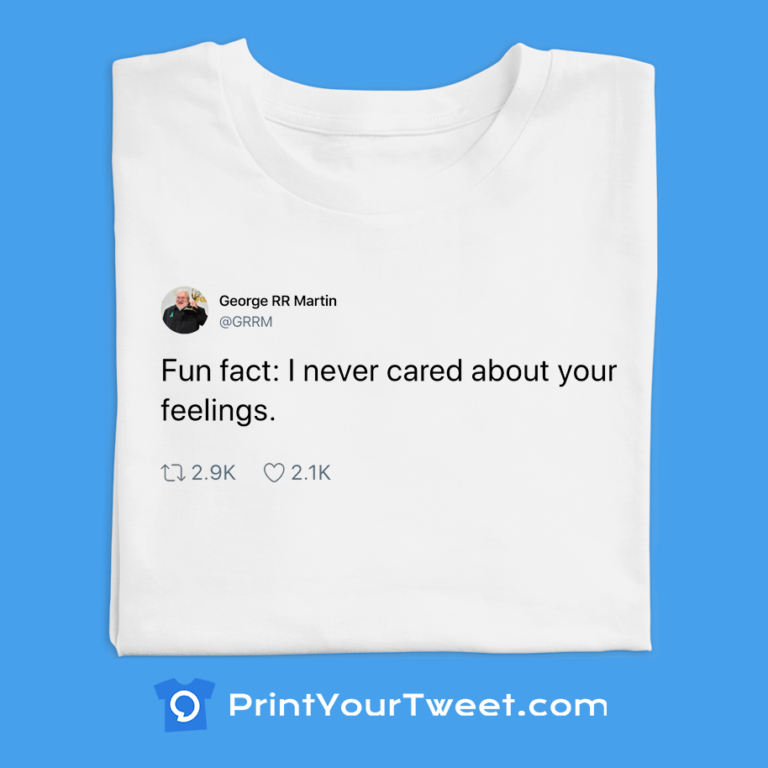 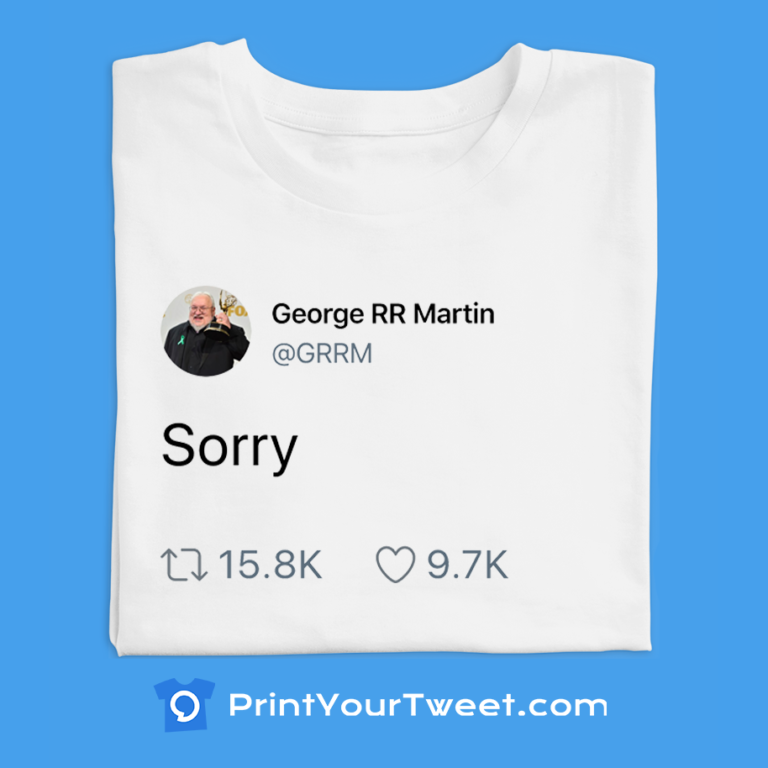 Whether you still have a question about printing, pricing, need a tech support, or want to order 20 shirts for your team, we are ready to answer all your questions. [email protected]